How to Explain Your Redundancy in Interviews 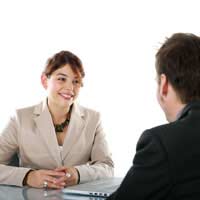 Redundancy can deal a major blow to your confidence as well as your career, so it comes as no surprise to realise that people who’ve been made redundant can be their own worst enemy when it comes to interviews.

Rather than fall into the classic trap of sounding like a victim, sounding bitter or worse, getting angry, when you’re asked about the circumstances of your redundancy at an interview, follow these guidelines to help you stay positive. After all, no new company will want to employ you if they think you’re difficult to work with or have a bad attitude.

OK, that sounds harsh, but the truth is you need to deal with the fact that you’ve been made redundant before you can move on. It is worth remembering that redundancy is ever more common in a person’s working life than before, with very few people having ‘jobs for life’ and even fewer choosing to stay with the same company. Add into the mix a volatile economy and redundancy doesn’t seem so unusual.

It may be that your redundancy was absolutely nothing to do with you and your employers were wailing with sadness as you packed up your desk. But it’s also possible that there are elements of your character or skill set that could do with a little polishing up. Perhaps if you’d shown a little willing to go to those networking events, your colleague may have been made redundant instead.

Get Your Story Straight

There’s no point bounding in to an interview only to be floored by the question, ‘so why did you leave your last job?’ You’ll only end up babbling and it will not impress the new company. If you’ve worked through the first two pointers, you should be a little closer to being prepared for this question.

Think about the reasons for your redundancy well in advance of an interview. After honing down your initial reaction, you’ll come up with a sentence or two that doesn’t make you sound bitter and doesn’t put off your potential employer. Make it near to the truth, but with a positive spin.

It’s easier said than done, but it’s definitely the difference between looking like a desperate candidate and a person that can add real value. Above all, you have no reason to feel embarrassed about being made redundant. If you feel embarrassed, you will act it and this will make the interviewer uncomfortable. If you say that the experience has strengthened your character and given you real resolve to make your next career move a great success, you’ll come across as a desirable rather than desperate candidate.

After the interview, unless you are going though an agency, you can contact the company directly to say that you enjoyed the interview and are keen to hear their feedback. By being proactive, you are making it more difficult for their ‘issues’ with you to fester. You can answer any concerns while showing that you are positive and keen.
Next Page

The Job Search After Redundancy

Understand Your Rights After Redundancy

Keeping in Touch with Old Colleagues After Redundancy