Home > Case Studies > I Used My Skills as a Mother to Return to Work: A Case Study

I Used My Skills as a Mother to Return to Work: A Case Study 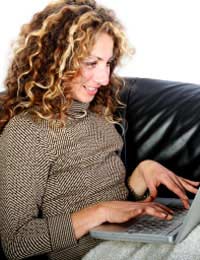 For Zoe Masters, 34, her concerns over returning to work after six years out of the workplace were helped by a re-write of her CV.

Zoe explained, “Before I took a long career break to bring up my daughter, I had worked as an office manager for a local construction company. I had really enjoyed the variety and responsibility of my job but as I was unable to work part after my daughter was born six years ago, I decided to hand in my notice. I had initially intended to go back to work when she was six months old, with my mother looking after her, but we had a few trial days and it didn’t really work out. I missed my daughter such a lot and my mum found it too much. With the only other option finding a childminder, which would cost practically everything I earned, I decided I would rather leave work to look after my daughter.”

When Zoe’s daughter was able to attend full-time school, Zoe planned to return to work part-time in order to be able to take and collect her daughter from school each day. Although Zoe had gained excellent experience prior to having her daughter, she found it increasingly frustrating that she was having no positive responses form her job applications.

Zoe continued, “Although I was aware that my time out of the workplace would not necessarily been seen in a positive light, I was very surprised that I didn’t get any responses at all. I applied to a variety of local jobs that required office management skills – mainly for small to medium local businesses – and I felt sure that I matched the job spec.”

After about three months of not being asked to attend any interviews, Zoe decided that she needed to gain some independent advice about her approach, so she contacted an online careers advisor for their professional opinion.

Zoe said, “As soon as she looked at my CV, she was able to explain the problem. I had simply written it with my last job as the most recent, so it looked like I just hadn’t worked for six years, which is of course true, but she said it looked so negative and that I would take too much training to be commercially viable as a new member of staff. The careers advisor asked me to talk through my average day and the types of skills I had that I enjoyed using, which made me realise that I essentially was still the ‘office manager’ of our home, with all manner of multi-tasking, financial juggling and time management skills being used all the time. She showed me how to re-write my CV in a new format so that the six year gap wasn’t so blindingly obvious, with a new focus on a list of skills and attributes, as well as including a brief testimonial from my previous employer.”

This upgraded CV gave Zoe the confidence to apply for other jobs, including one which she had previously applied to using her old CV, and she was very pleased to be offered an interview.

Zoe concluded, “I realised that by highlighting my skills as a mother alongside ‘professionally gained’ skills, I was giving a clearer representation of what I had to offer and it made me feel more confident about myself.”

I Invested Redundancy Money in New Business: Case Study
Share Your Story, Join the Discussion or Seek Advice..
@Lotus Flower. Does this this article help?
AReturnToWork - 12-Feb-15 @ 2:43 PM
I have just stumbled upon your website, what a god send. I have read the article 'I Used My Skills as a Mother to Return to Work: A Case Study' as her story is very similar to mine.I could do with some advice on how to presentmy CV to show the best of my career break.
Lotus Flower - 10-Feb-15 @ 12:21 PM
Title:
(never shown)
Firstname:
(never shown)
Surname:
(never shown)
Email:
(never shown)
Nickname:
(shown)
Comment:
Validate: